I was a loner as a kid. Didn't have any friends at first. My parents always told me to focus on my studies and get good grades and I, an obedient son followed their wishes to the word, hoping to get their loving affection. My father worked at a grocery store and my mother was a house-wife. We had nothing in the world to call our own and so my parents looked up to me to improve our standards of living. Therefore, I was never surprised when they became so stressed whenever I did not get the best grades in my class. Half of my childhood went in keeping their hopes up, sacrificing my own. I never got to keep a hobby, nor did I have an affinity towards any childish activities. Whenever I went to the class, I can hear my classmates whisper among themselves what a loner I am. I was tagged weird, awkward, loser and all the nouns that can be hurting to a child. But at the end of each year, I used to silence each of them with my grades.

This went on for a long time. Life had become monotonous. But then my parents decided that they could not afford to educate me in the city school and so we moved to the country-side and I got enrolled in one of the local schools. It was there where I met Harvey Beckham.

Like always, I never tried to initiate any contact on my own. After the teacher introduced me to the class. I went to the last seat and got absorbed into what the teacher was teaching, never looking away in any direction. During the lunch break, as I was reading my history book, I heard someone call me. I looked back to find a skinny boy with freckled cheeks smiling at me. Never used to these kinds of conversations before, I waved at him awkwardly. He came and sat beside me and started a conversation. It was nice to talk with him but after a few minutes I felt awkward and secretly wished that he leaves. Somehow sensing my uneasiness, he got up, shook my hands and left. Feeling a little embarrassed, I called out to him to ask his name. "Call me Beck," was his reply.

I found a new friend in that school. Life had taken a beautiful turn. I always looked forward to going back to school again. I longed to talk with him. Soon, his friends accepted me in their circles and I was no longer a loner.

Beckham was always an inspiring person. Though he himself did not do quite well in his studies, he always appreciated and congratulated me on my grades. I could see the genuineness of his affection in his eyes. He wasn't faking it just to make me feel superior, he truly meant it.

Unfortunately, our friendship didn't last long. We soon graduated and went different ways. He pursued a course in Arts while I pursued Commerce. After the separation, I became my old self again.

Years rolled by. I became the Vice President of a leading Tech company. During one of the initial days, I had to go back to my old city again to meet a client. The meeting was successful but it took too little time than I anticipated. So, I decided to drive around and see some familiar places and refresh my memories.

Just as I was passing by a playground, I saw a familiar looking person. He gained a little weight but the cheerful eyes and the freckles were unmistakable. It was indeed Harvey Beckham, my childhood friend. He was just leaving the playground with his little son. I got out of my car and started walking towards him. I was seeing him after so many years! He stopped when his son tucked his shirt. The kid wanted to have an ice-cream which I understood as he was pointing at the ice-cream vendor standing at a distance. Then I saw as Beckham, fished into his pockets and his cheerful smile turned into a sad frown. He knelt down and then ruffled his son's hair. I could read his lips when he said," Next time bud."

For some reason, my legs stopped walking. I stood there watching as my old friend and his son disappeared among the lanes. Life hadn't been so kind to him it seemed.

I continued driving, thinking about the old times we spent together and debating about the reason why I did not meet him. Was it because of my ego? I didn't want to meet him because he isn't successful like me. Or was it because I felt he would be hurt if he sees me? I pushed it all out thinking that I will meet him the next time when I'll visit my old town. But then realising the nature of my work and the rigidity of my schedule, a crippling feeling gripped me in the very pit of my stomach. I knew I would never see Beckham again.

I may have worked hard and become successful, but I was ignoring the only person who taught me to live life. He may be earning a little less, but he definitely knows how to be happy in any circumstance. If I go away, I will be filled with regret for the rest of my life.

I turned my car and speeded towards the playground, hoping I would find out where he lives and finally meet him. 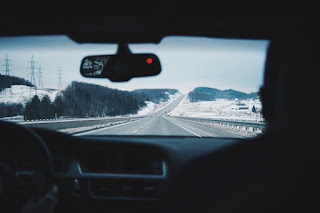 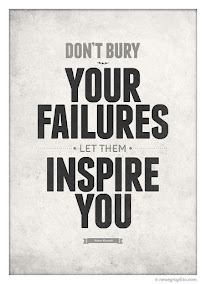